What the Wage Hike Means for Oregon’s Farmers

Here is the timeline of the planned minimum wage increases for each designated geographic “tier” in Oregon:

The wage hike significantly impacts many business owners, but the farming industry may take the biggest hit. According to Oregon State University, agriculture’s economic footprint in Oregon tops $34 billion annually. With 90 percent of Oregon agriculture located in the second geographic tier, many family farms and ranches may struggle to absorb these state-imposed cost increases. 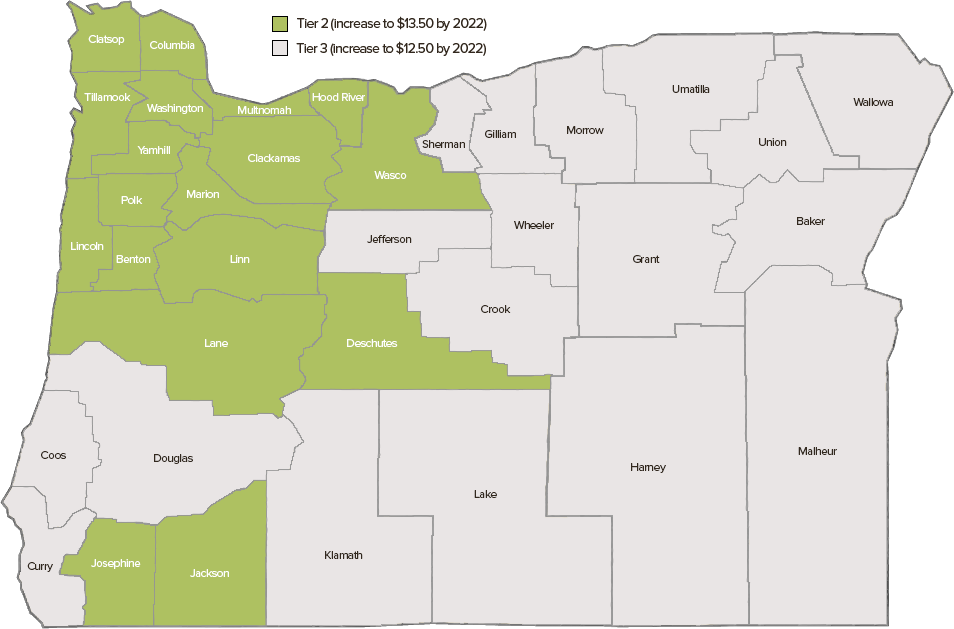 With the minimum wage projected to consistently climb over the next six years, it is important to have a game plan moving forward. Here are some topics to discuss with your business consultant when planning for this wage hike:

This post was originally published on February 25, 2016. It was updated on April 17, 2017 to provide you the most current information.