Insights
♦
Are You Ready for the New Overtime Rules?

In May, the Department of Labor issued new final overtime rules that update the thresholds for classifying workers as nonexempt and highly compensated. The controversial changes will increase pay for more than 4 million workers, setting the income threshold for exempt workers to the level it would have reached if the threshold hadn’t been frozen more than a decade ago.

That’s good news for lower- and middle-income families, but it could be costly for employers who are forced to foot the bill and implement changes to their payroll systems. Here’s what you need to know to comply by the final rule’s effective date of December 1, 2016.

Under the Fair Labor Standards Act (FLSA), “nonexempt” employees must receive pay for hours worked in excess of 40 in a workweek at a rate of not less than one and a half times their regular rates of pay. In other words, a nonexempt worker who’s regularly paid $12 an hour would earn $18 for each hour in excess of 40 in a given workweek. Who’s nonexempt? The answer requires employers to apply a two-part test.

The second part of the overtime test is for employees who earn between $23,660 and $100,000 (which will increase to between $47,476 and $134,004 under the new rules). Classifying these middle-level employees as exempt vs. nonexempt depends on a duties test. Employees who “primarily perform executive, administrative or professional duties” are exempt and don’t require overtime pay.

Millions of workers will be reclassified under the new DOL rules. The results of these changes are twofold:

These changes will affect most manufacturers. Their payroll costs will likely increase, and the changes could end flexible work arrangements that factory workers value. For example, under the new guidance, you can’t allow nonexempt employees to work 45 hours one week to make up for a week in which they work only 35 hours without paying overtime pay for the workweek that exceeds 40 hours. 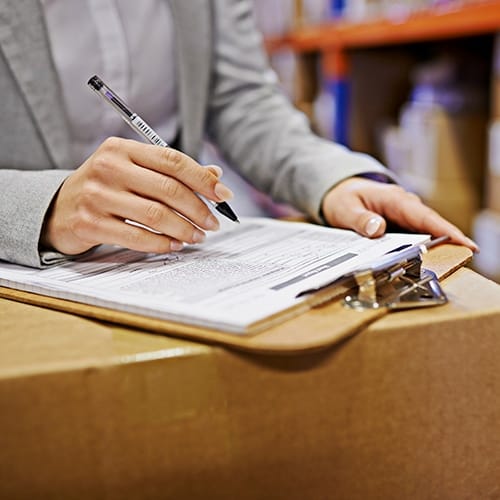 New overtime rules go into effect December 1 and are expected to impact millions of workers. Click To Tweet

Diligent employers can minimize overtime costs without violating the FLSA. For example, you can closely monitor how many hours nonexempt employees work and limit their hours to 40 per week. If you need extra help during peak times, you can hire temporary or part-time workers or independent contractors to fill the gaps.

Also, consider giving slight raises to employees near the nonexempt and highly compensated thresholds. Doing so may actually decrease your compensation costs after you factor in the incremental costs of overtime pay. You can also cut back on benefits and perks to offset these costs.

Over the long run, you may decide to automate certain functions, instead of relying on human labor. You may have previously crunched the numbers on investing in automated equipment and decided against it, but the decision may be worth revisiting now that the cost of direct labor is rising.

The Clock is Ticking

As we noted, employers must comply with the DOL’s new overtime rules by December 1. If you haven’t already updated payroll systems to comply with the changes, contact your tax and payroll advisors immediately. There’s still time to help you comply with the FLSA, brainstorm ways to reduce (or eliminate) overtime pay and evaluate how the new rules will impact your bottom line.

Many businesses and trade organizations have responded negatively to the Department of Labor’s new overtime regime. Here’s what the National Association of Manufacturers (NAM) had to say about the changes when they were issued earlier this year.

“Manufacturing is a pathway to the middle class for millions of men and women who make things in America. However, this regulation creates barriers to opportunity, severely limiting flexibility and dramatically increasing red tape, especially for small manufacturers who cannot afford the burdens of a 99% salary increase for management employees who are exempt from overtime pay. Even worse, the administration has also required there to be future automatic increases, which creates uncertainty in planning in future years.”

4 Ways Manufacturers Can Adapt to an Aging Workforce